The township was proclaimed under “The Land Act” in 1869 and proclaimed as a township in 1874. The Gunbower Hotel was first owned by Mr Matt Ryan around 1865 and built of Murray pine logs; later it became the wheel wrights shop. A hotel was established on the present sight. Mr. Mathew Tracey purchased the hotel in 1880 along with the store and post office. Later he established a butchers shop, wheelwright and blacksmiths shop. The hotel was destroyed by fire in 1907, rebuilt in 1908, demolished in 1940 and rebuilt again in 1941 and still stands today. The first Police station was established in 1880 and the Post office opened in 1876 under the management of Henry Hall. It had non-official status, and quite probably was operated in conjunction with a small store attached to the Gunbower Hotel.

The Education Department approved the opening of a school at Gunbower in 1878, known as Taylor’s Creek School. The building was shifted from Torrumbarry and reconstructed at a cost of Thirty-one Pounds, Sixteen shillings and sixpence! The school worked on a half time basis with the Box Creek School. By 1884 the attendance had increased to 49 students. Pressure was put on the Education Department by the head teacher at the time requesting a more suitable building to be erected. As a consequence a new building measuring 24ft x 18ft was built on the present site in 1889.

Forty years later attendance was such that 100 children were crowded into a one room school originally designed for 50 pupils. After a long battle with the Department a new room was built in 1928. For a short period before this date senior grades were taught in the supper room of the Gunbower Soldiers Memorial Hall. The entire school was rebuilt in 2010.

In 1905 Gunbower Island students began their schooling in rough conditions. They were taught in a draughty Red Gum slab hut near Cockatoo Lagoon 2km away. Despite a faulty chimney that caused smoke to fill the room on windy days, lessons proceeded as usual. The first teacher was Miss Katherine O’Brien. 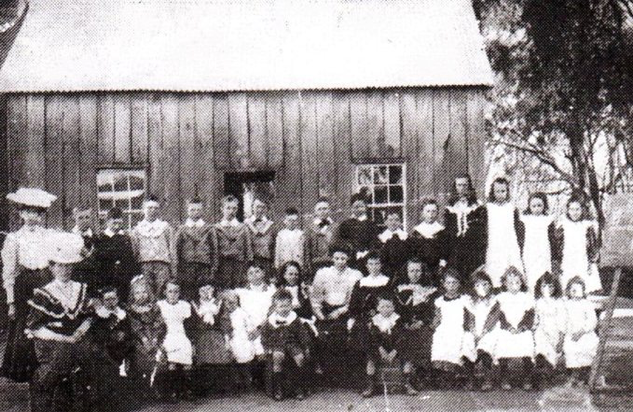 The present school opened to 51 pupils on 21 August 1911. An active school committee soon built a boundary fence and a horse paddock. Most children walked to school, but some rode horses and some came by horse and gig. Later when roads improved, many rode bicycles.

An impressive range of flora and fauna, in addition to stunning natural landscapes and environments.

A range of accommodation within the township, and in close proximity to the Gunbower Creek.

Natural waterways for boating, trails for hiking and scenic areas perfect for birdwatching or painting.